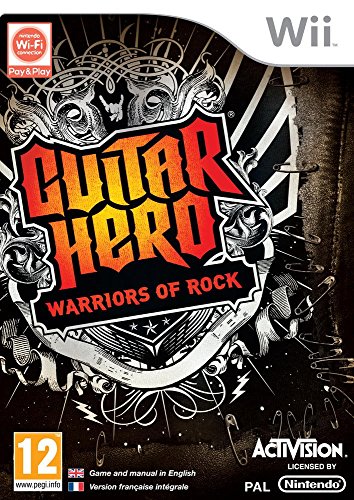 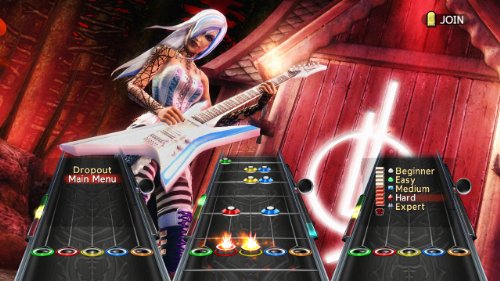 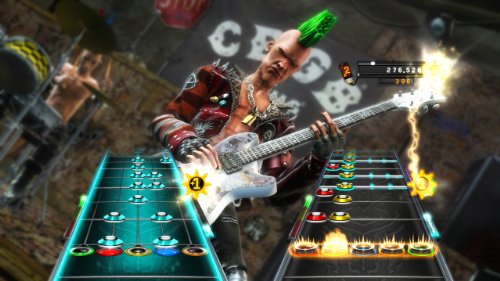 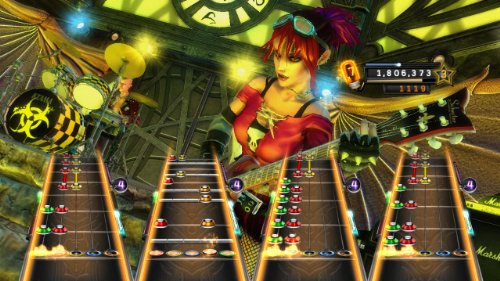 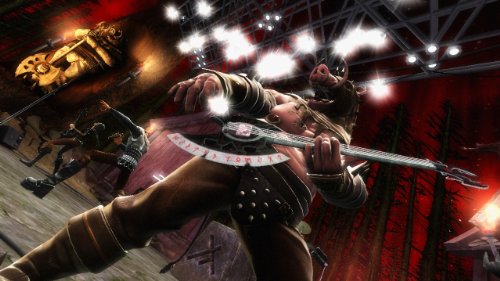 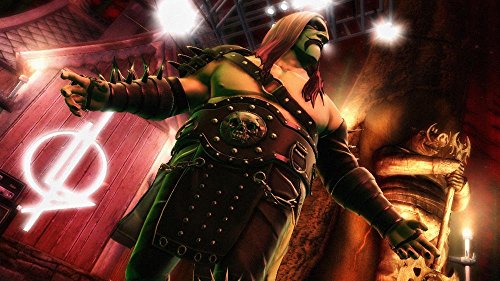 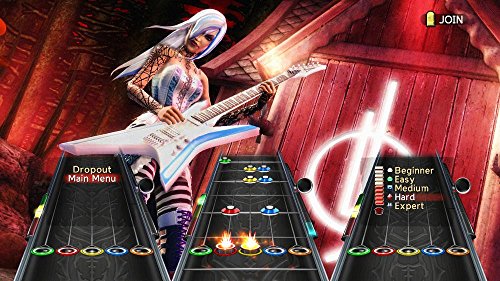 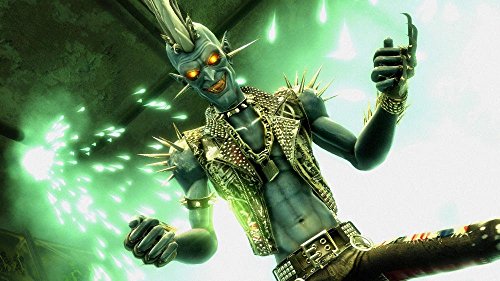 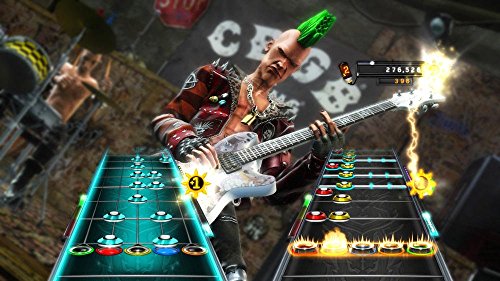 Save Rock n’ Roll – With Guitar Hero: Warriors of Rock’s all-new, story-driven Quest Mode, narrated by notorious KISS front man Gene Simmons and featuring an original song by Dave Mustaine of Megadeth, players will journey from the infamous stage of CBGBs to the molten lava fields of rock treachery where players will be transformed into rock warriors that must join together to use their unique, game-changing powers to help the Demi-God of Rock take down “The Beast” and save rock n’ roll.
Shred with Your Friends, Rock Your Enemies, Challenge Everyone – Quickplay+ pushes fans to the limit with 13 totally unique gameplay challenges for each on-disc track and most songs in their Guitar Hero music library, providing literally hundreds of hours of replayability. From High Score on a single instrument, Band Streak and Star Power Relay with a full band and Power Challenges, which allow players to choose any two warrior powers they have unlocked to try to earn ridiculously high scores, c
Rock Music At Its Best – Featuring over 90 master tracks, Guitar Hero: Warriors of Rock delivers a one-of-a-kind music experience through a quintessential set list focused on challenging, hard-hitting rock songs that are fun for furious finger fretters, hard-hitting drummers and fearless frontmen alike. Along with some of the biggest names in rock, such as KISS, Slipknot, Megadeth, Queen and Black Sabbath, the game is comprised of original tracks written and composed by AAA talent, special re-re
Join The Party or Compete to Rock It – Guitar Hero 5’s critically-acclaimed gameplay features make an encore in Guitar Hero: Warriors of Rock, allowing players to jump in and rock out with friends right from the start with Party Play mode or prove who can rock the hardest with Competitive mode, the four-player local and up to eight-player online competitive battle mode that includes unique gameplay challenges like Streakers, Momentum+ and Do or Die.
The Definitive Rock Library – In addition to the over 90 on-disc tracks, players can bolster their set list with music from the Guitar Hero Music Library, which will offer more than 300 downloadable songs at launch. For those looking for even more great music, Guitar Hero: Warriors of Rock also allows players to import select songs from Guitar Hero World Tour, Guitar Hero Smash Hits, Guitar Hero 5 and Band Hero.
Prezzo: 29,98 €
(alla data del Apr 20,2021 14:36:22 UTC – Dettagli) 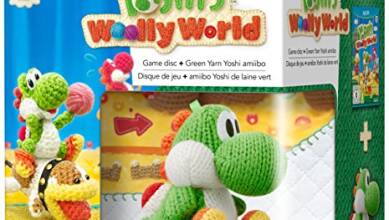 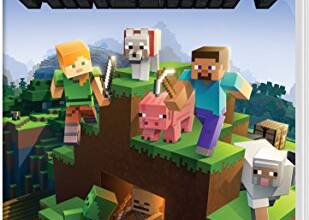 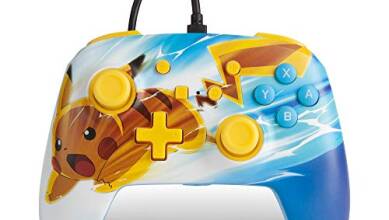